According to rumors and reports show that Kylian Mbappe has asked to leave PSG and only Real Madrid and Liverpool are seen as the favorites to win the French World Cup Winner ‘K. Mbappe’s signature.

Paris-born Mbappe returned to his home city from Monaco in 2017 – initially on a season-long loan, before completing a switch worth €145million plus €35million in add ons a year later.

Mbappe has yet to put a hand on his contract with PSG which is expering in just a year despite his high profile team-mate and friend Neymar Jr. his stay at the team upto 2025 by signing a £26million-a-year contract in May.

Marca quote Daniel Riolo of RMC Sport as claiming that Mbappe has told PSG that he wants to leave.

He said: “I know that Mbappe asked to leave, but it is complicated because first you have to find a club that has the money to pay him, but the news is that he really does not want to stay.

“The player does not believe in Leonardo’s project. If he does not leave this summer, it will be for free next season. And in Doha [the capital of Qatar where PSG’s owners are based] they do not want to hear about it.

“If Mbappe expresses this desire to leave, it means that he will have to find a club and that PSG will need to look for a replacement.

“But yes, the news is that Mbappe does not want to stay at PSG.”

There are stories which show that Jurgen Klopp has been in contact with Mbappe and his father Wilfred but publicly the Liverpool manager stated that the finances required in a potential deal to take the player to Anfield could be prohibitive.

But in November 2019, Klopp made it clear he believes a Liverpool deal for Mbappe would not be feasible.

He said: “We cannot do it, it is as easy as that. OK, from a sporting point of view, there are not a lot of reasons to not sign him, what a player he is.

“But it is about the money of course. No chance. Absolutely no chance, sorry for killing that story!” 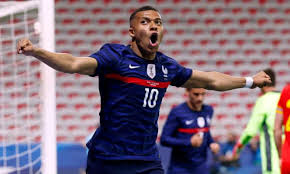