IIkay Gudogan ’likes’ Barcelona’s interest in him ’a lot’.  There will be more meetings with Barca to find their formula for future success.  The meeting was with Gundogan’s uncle and agent.

The La Liga side have already made major moves on Manchester City players this summer, after the signing of Sergio Aguero and Eric Garcia last week – albeit on free transfers after their respective Etihad deals came to an end.

But this pursuit of players at the home of the Premier League champions looks set to continue, as reports from Spain continue to push the idea that contact is and has been made between Camp Nou officials and the agents and representatives of Manchester City players.

It was reported earlier this week that Barcelona had been in touch with two top Premier League stars over the possibility of a move, and those two names have now been confirmed as both being from Pep Guardiola’s squad.

According to the information of journalist Jose Alvarez, speaking on Spanish TV programme El Chiringuito, Barcelona have now met with the representatives of both Ilkay Gundogan and Riyad Mahrez.

Alvarez suggests that the Algerian has been left relatively unhappy and holds some level of interest in a move away from Manchester City due to this employer’s interest in the double signing of Aston Villa’s Jack Grealish and Tottenham’s Harry Kane.

Both players would mount a challenge towards Mahrez’s first team position, however the 30 year-old has made it very clear on multiple occasions that he holds a desire to remain at the Etihad Stadium into next season. 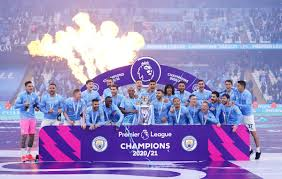