Lionel Messi will extend his contract with Barcelona until June 2023, all parties involved have no doubt – but there are still some clauses to be fixed in the contract ’structure’.

Barcelona and Lionel Messi were at crossroads for the entire summer. The player wanted to leave the club for free as he believed a clause from his contract was still valid, however, then president Josep Maria Bartomeu referred the player and his entourage to a 700 million euro release clause, stating that the deadline to leave for free, June 10, had passed. 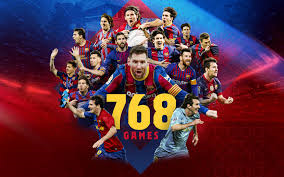 The player’s only resort was to take legal action against the club and resolve the matter in court, but he refrained from doing so out of love for the organisation and ended up staying for the season. However, Manchester City are still hovering over him and remain favourites to sign him as the expiry of his stay at the club comes closer with every passing day.

Rivaldo, the former Barcelona player, believes that Messi will end up leaving the club at the end of his contract and has urged to prepare the board for the worst. At the same time, there is a ray of optimism at least for the Brazilian who feels that the club as a whole must satisfy one crucial condition which will persuade the 33-year-old to stay put.

In my opinion, only winning a Champions League or La Liga title this season or watching Koeman getting the team playing beautiful football can convince Messi to reconsider his options.

To be honest, it looks unlikely that the Blaugrana will be winning any of the two trophies which the club legend has tipped them to win, to ensure Messi stays. Unfortunately, the club has not started well in La Liga and a streak of four winless results has already derailed their march. Barca are nine points top of the table, placed eight in La Liga.

While they have already started the Champions League on an incredible note, winning three in three, it must be said that they have not faced any real contender yet. Dynamo Kyiv and Ferencvaros are relatively easier opponents, whereas Juventus, though a great team, missed out on Cristiano Ronaldo and Matthijs de Ligt, two very crucial players.

Moreover, Pep Guardiola extending his stay at the club could further signal that the Citizens are genuinely in contact with Messi and his entourage and would make an attempt to land him. The 49-year-old was always going to be used as bait to land the 6-time Ballon d’Or winner and his contract extension may be a passive sign of the same.